Tick boxes to filter your requirements 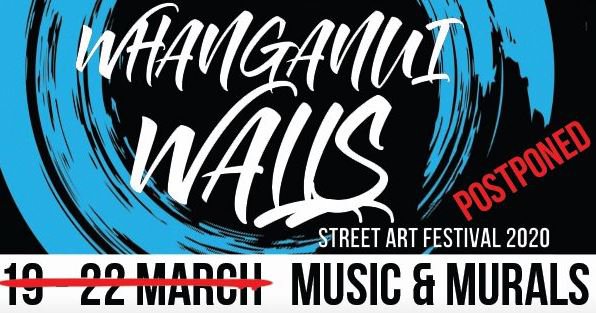 Where: Majestic Square
When: POSTPONED
Contact: WDC
Map
View >
About

Whanganui Walls of Sound is free to all, all ages before 9pm (18+ from there on), and held in Majestic Square, with music from midday till late. Follow the event on facebook, or see signage in the square on the day for set times of your favourite artist - they may play earlier than you think!

After almost a decade away, iconic New Zealand band Pluto are back, Beloved for their layered, anthemic rock songs like ‘Dance Stamina' and ‘Long White Cross,’ the band are bringing these, and their brand new full-length album, 'IV', to Whanganui for a rare visit to drummer Mike Franklin-Browne’s home town.

Dr. Reknaw is a seven piece psychedelic supergroup with roots in funk, soul, hip-hop and dub. Beginning with two sisters as an acoustic duo, producing beautiful close knit harmonies, Dr. Reknaw has grown into an empowering groove-machine, sharing messages of connectedness to the whenua and to our fellow humans.

Based in Wellington, the Doctors can be found administering their musical medicine all around Aotearoa, and we're excited to host them in Whanganui.

Born out of Wellington’s experimental sound scene, Orchestra of Spheres have developed cult followings in New Zealand and around the world, from Iceland to the International Space Station. Channeling ancient future funk from outer space, the band bring experimentation and and visual ecstasy into all areas - be they costume, concept or concerts.

Linen are a Wellington based trio playing brutalist, unhinged and acidic rock and roll that weaves dynamically around hypnotic guitar, vocal and bass melodies.

Heavily influenced by the music of another great river city - New Orleans, Damn Raucous Brass pay homage to these traditions, while drawing on Whanganui’s own rich tradition and talent pool for rhythmic brass with spectacle.

They may call themselves 'just four boys trying to get on the Nature's Best 2CD compilation,' but really DARTZ are more than that. With a love of honest, direct pop songs, and a visual aesthetic based on the comics of singer and lyricist Danz, DARTZ take on the best and worst of our culture, in a powerful live show that is winning them fans in their adopted home of Wellington and beyond.

Hyperculte is a minimalist transpop prekraut postdisco duo band. Hyperculte was formed in 2014 in Geneva, Switzerland. Melancholic and nostalgic danse for a poetic trans. or the contrary....Hyperculte is continuously trying to open hearts at all costs.

AL B DAMNED A.K.A LICKS

Licks is the electro-pop project of Whanganui local Al Reid, who is also known for his podcast, You’re gonna die in bed and its incredible collection of grooving, hook-laden fake ads.

Interested in the fluid boundary between organic and synthesized sound, Anthonie Tonnon performs on a Synthstrom Deluge - an electronic instrument designed in Wellington, and a storied, 1968 semi-hollow body guitar. When not playing at Whanganui Walls of Sound, he can be found playing a custom show for planetariums, or chartering trains for his yearly Rail Land tour. 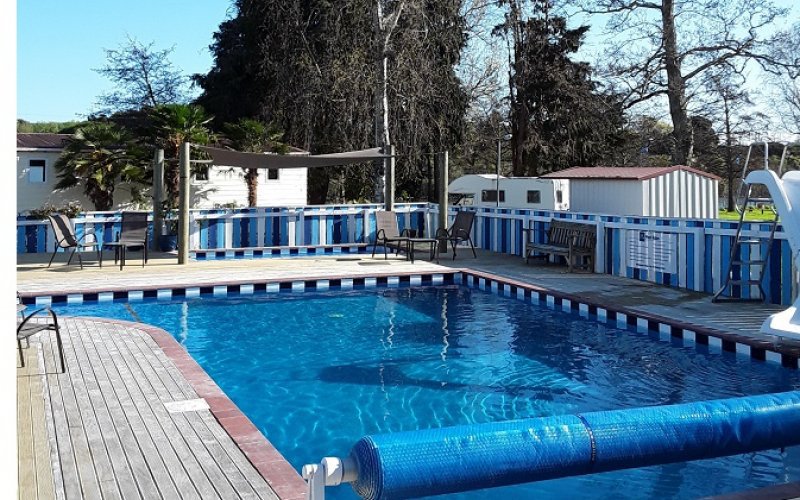 Whether you want a high quality Motel, a budget-stretching Cabin, or a site for your Tent or Campervan, we have something for everyone. And it’s all set in a peaceful, spacious, relaxing, family friendly park setting.

We have accommodation with fantastic river views where you can watch the paddle steamer Waimarie go by – we’re the only holiday park in New Zealand to have a working paddle steamer pass by and give a ‘toot-toot’ to waving guests.

For just $5 per person you can visit Whanganui River TOP 10 Holiday Park and take advantage of all our fantastic facilities from 9:00am to 5:00pm.
Entry price includes: unlimited use of the swimming pool, playgrounds, jumping pillow, kitchen, dining, BBQs, shower facilities, Games room and TV lounge.
Bring the family down for a picnic and a relaxing day out, or book a birthday party for the children. Call us for special rates for parties or school groups.

We also have a large open field for games of football, volleyball etc.
All our facilities are available to overnight guests and to day visitors. Day visitor pass is just $5 per person.

Here at Whanganui River TOP 10 Holiday Park we have a private spa pool heated to a toasty 40 degrees, where you can relax and let the stresses of the day wash away.

The Spa is available to overnight guests and locals alike.

Hire is just $13 for a half hour session for maximum of 5 people.
Bookings highly recommended. Call us on 06 343 8402 or pop into reception.

Hire a kayak from Whanganui River TOP 10 Holiday Park and experience the Whanganui River up close and personal for yourself. You don’t have to be staying here to hire our kayaks, just give us a call on 06 343 8402 to book your kayak. Single and double kayaks available. Launch from our boat ramp by the hour, or take a trip 5km or 8km up the river and make your own leisurely way back. We will drive you up the river and leave you to explore the river at your own pace before arriving back at our boat ramp.

Where: CBD
When: POSTPONED
Contact: WDC
Map
View >
When?

While supermarkets are seeing huge demand for food and other items, some running out of supplies, local bread-makers, fruit and vegetable growers, cheesemakers, fruit juicers, honey harvesters and more, have fresh produce available.
If we can continue to provide the opportunity for our community to access this healthy food in as safe an environment as possible, we think that’s a good thing in these confusing and disrupted times.
So we sought the advice of those who are tasked with implementing the latest government measures and have been assured that we can continue .
As are other markets, shops and supermarkets .
Sometimes being outdoors has its advantages!
As members of Farmers Market NZ we have also been provided with legal advice.
We will be providing the following advice at the entrances to our market and monitoring numbers .
We ask that those who choose to visit, and it is a personal choice , for customers and stall holders, do not linger around in groups , practise safe separation distances , and follow the guidelines from the Ministry of Health.

‘Due to government restrictions on outdoor gatherings we are not permitted to allow more than 500 people in to this market at one time. Customer numbers will be monitored to ensure that we comply with this rule.’

Stall holders have been provided with the guidelines and notices with these will also be displayed at the entrances .

Please be assured our reasons for continuing are based on the best advice possible.
And we acknowledge the personal choices of those stall holders who will be taking a break during this time. Many of these have fabulous products which are non-essential items and will be available to order. We can provide a contact for these people, or if you choose not to visit we can also provide contacts for any other stall holder to order produce if you send us a private message. 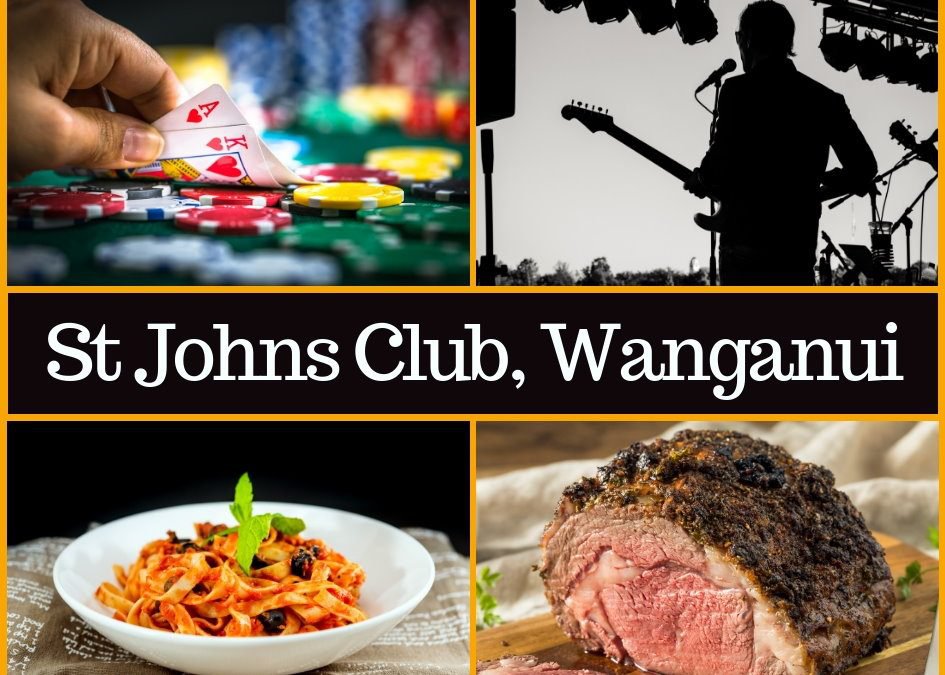 In response to the latest directive from the government in regards to the prevention of the spread of COVID 19 and the restrictions of no more than 100 people in the Club at any one point, we would like to inform you of the following: 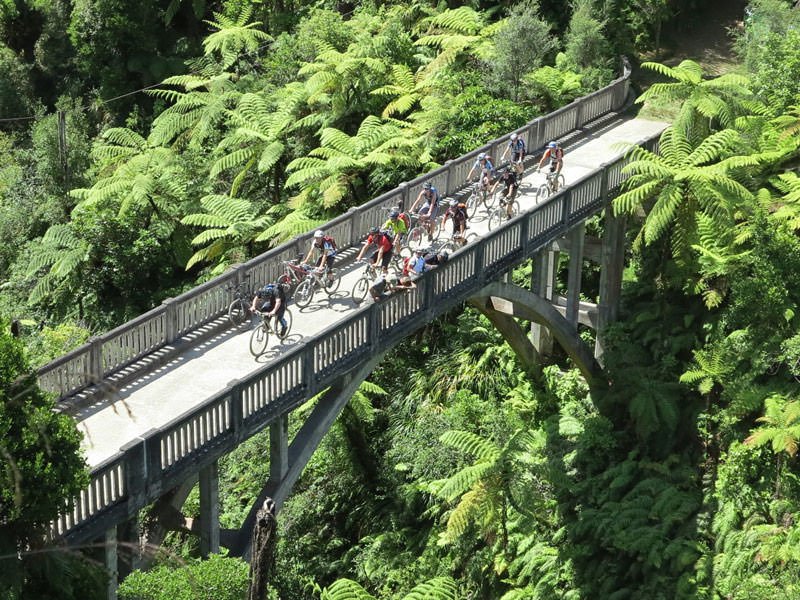 Bridge to Nowhere offer you a complete Whanganui River experience.

We offer lots of ready made tours and experiences for you to choose from - But we are happy and able to tailor our packages for your specific requirements. 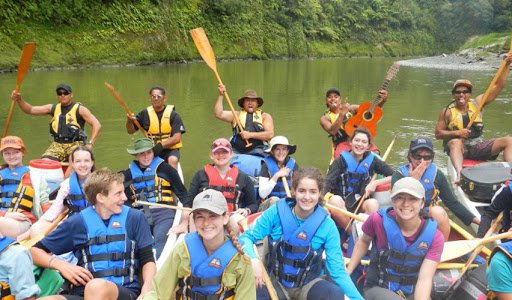 Is it the moment you dare to dream of a world less ordinary? The can’t-wait-to-explore moment when you embark on a new adventure? Perhaps it’s the moment you connect with a complete stranger, the moment you find familiarity in a foreign place or the moment you laugh so hard your stomach aches.

No matter your magic moment, we want you to share it with us. The head-turners, the jaw-droppers the eye-openers. The moment when you grasp what really matters.

Where the early Maori locals lived and European settlers travelled. You will be travelling into the magical world of misty mornings clouds and awakening forests.

The hidden History and places of interest…. 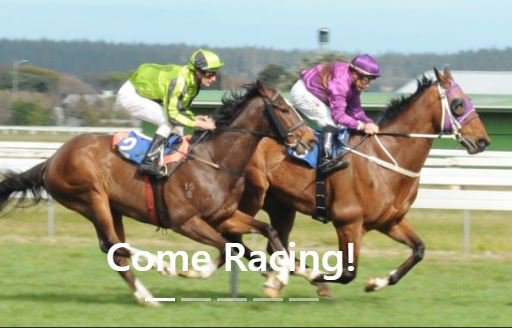 Visit Our Other Sites